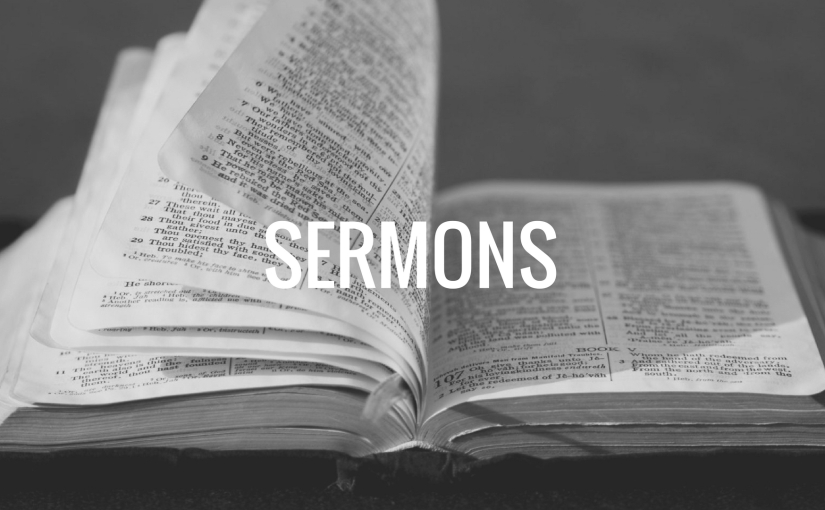 Enough of them had been there, even if they had been watching at a distance, to know what had happened. The tragic tale had been repeated enough times now that they could all recite it. He was arrested, tried, ridiculed, beaten, and executed. There was no question that he was dead. They all knew that Joseph of Arimathea had taken the body from the Romans and laid it in the tomb. Luke says, “The women who had come with him from Galilee followed, and they saw the tomb and how his body was laid. Then they returned, and prepared spices and ointments. On the sabbath they rested according to the commandment” (Luke 23:55-56). So, some of their own number had actually witnessed the entombment. The burial cave was sealed. That was it. He himself had cried from the cross, “It is finished!” Done. Over with. Dead. No one could deny it.

Except that on the “first day of the week, at early dawn,” that same group of women, including Mary Magdalene, Joanna and Mary, the mother of James, had returned to the tomb to complete the work of actually anointing the body, which they had been unable to do when the sun set and sabbath began. Shockingly, they discovered the stone rolled away and the body gone. Before they could do anything more than share their perplexity, “two men in dazzling clothes stood beside them.” Naturally enough, “the women were terrified and bowed their faces to the ground, but the men said to them, ‘Why do you look for the living among the dead? He is not here, but has risen. Remember how he told you, while he was still in Galilee, that the Son of Man must be handed over to sinners, and be crucified, and on the third day rise again.’ Then they remembered his words, and returning from the tomb, they told all this to the eleven and to all the rest” (Luke 24:4-9).

There was great excitement in the locked room that morning, the room where they had been huddled in consternation and fear. The threw open the windows and doors, shouted, “Hallelujah! He is risen!” and began to prepare a great celebratory feast, right? Isn’t that what happened? Well, not exactly. Luke says, “these words seemed to the [Apostles] an idle tale, and they did not believe them.” Well, Peter mustered the courage to run to the tomb to check things out. Sure enough, it was empty as the women had reported, but all he and the others could manage was to shake their heads in amazement (Luke 24:101-2). So much for the community of faith. They did not seem to have a lot.

Now we find them again in that same room, hidden away in fear, amazement, confusion, and disbelief – a whole jumble of thoughts and feelings that they had no idea what to do with. Two of their group who had given up and gone home to their village of Emmaus had rushed back to Jerusalem to tell them they had actually encountered Jesus on their way home, though they hadn’t recognized him until they all sat down to dinner and he had blessed the bread and broken it (Luke 24:13-35). “While they were talking about this, Jesus himself stood among them and said to them, ‘Peace be with you.’ Peace, shalom, well-being, hearts all whole and life restored for you, my friends!”

So, let’s stop for a minute and try to put ourselves in their position. Imagine, if you can, you’re a poor, ignorant fishermen, a contemptible tax collector, the daughter of a well-off merchant, the mother of James, the apostle, a former prostitute, a healed leper, a woman liberated of her demons. You have followed with great hope and expectation. Really, walked away from family, friends, your whole way of life to follow this man. You know something about poverty, oppression, marginalization, fear; you also have had a taste of hope, of healing, of joy; you have looked to the future and caught a glimpse of God’s Beloved Community. Then your worst fears have come true. He is arrested, executed, dead, and buried. The whole, lovely dream has come unraveled. Here you are with the rest huddled in secret in this stifling room. What are your thoughts and feelings as you gather there?

You see, it’s not so simple to lay aside your thoughts and feelings. Maybe you were inclined to side with those who thought the women were telling idle tales, a little hysterical in their grief, perhaps. Maybe you shared Peter’s unknowing astonishment at what he had seen, which made no sense to him. Maybe you’re one who held the tiniest glimmer of hope in the depths of your heart that he might actually be alive, in spite of all you had seen and heard, but you were too timid to say so.

One of the reasons I asked you to put yourself in their place is that it is too easy to make our Easter claims after repeating them for 2000 years. We know them well. “Christ is risen! Christ is risen indeed! Alleluia!” Those first followers seem foolish in their unbelief. That community of faith comes across with little faith from the perspective of those who have followed the faith for ages. But when you walk a while in their sandals, is it really so surprising that “they were startled and terrified;” that in their joy they were disbelieving and still wondering…” Don’t you think, if you had been there, you might have similar thoughts and feelings?

I want to suggest this morning that theirs really was a community of faith – even in their wonder, fear, and disbelief. You see I think a community of faith is made up of real people with real thoughts and feelings and very human behavior. What is notable to me about this morning’s text is that they were still together. Yes, some had fled in terror; some were too frightened to appear in the upper room; some had given up and headed home. But the core group was gathered there, trying to make sense of what had happened, attempting to sort it all out, looking to one another for guidance and support. What now friends? What are we to do now? Aren’t there a few molecules of faith in their hanging together, trying to find their way? Something of Jesus had bonded them together and they were not going to walk away from it easily.

In commenting on this text, Welton Gaddy suggests that “Christ’s capacity for understanding defies our comprehension. This one who inspires magnificent visions also ministers amid shattered dreams. This one known as the Prince of Peace does not shy away from chaos and conflict. This one who taught us to pray accepts people who are so troubled that they can’t pray. This one who offers salvation identifies with people confounded by feelings of lostness. This one who offers unmatched encouragement knows better than any other the depths of discouragement (Welton C. Gaddy, “For Those Who Missed Easter,” April 3, 2005, day1.org).

So, is it precisely because they are in a state of shattered dreams, of chaos and conflict, of being deeply troubled by all that had unfolded, of feeling lost and discouraged, that Jesus comes to them once more with the power of his presence and the good news of what is to be? “…see that it is I myself. Touch me and see…” “These are my words that I spoke to you while I was still with you—that everything written about me in the law of Moses, the prophets, and the psalms must be fulfilled…Thus it is written, that the Messiah is to suffer and to rise from the dead on the third day, and that repentance and forgiveness of sins is to be proclaimed in his name to all nations, beginning from Jerusalem. You are witnesses of these things.”

“Friends,” he says, “you are mine and I am yours. Risen from the dead, I now live in you. In you and through you God must be found present and active in the world. You must bear witness to all you have seen and heard, even when it seems improbable, especially when it seems improbable.” Risen from the dead! What could be more improbable? Karoline Lewis suggests that “good news is rarely accepted at the first hearing. Why? Because rejection is easier than resurrection. If the resurrection really is true, well then, there goes life as we knew it. In the words of Anna Carter Florence,” she writes, “’if dead people don’t even stay dead, what is there to count on?’” (Karoline Lewis, “Resurrection Witness,” April 12, 2015, workingpreacher.org).

How else will the people hear of God’s love? How will the nations know about God’s Beloved Community? You have turned to me, you who have known the meaning of repentance, of turning around, of heading God’s way; you have felt forgiveness, you who have had healing, who have held wholeness. Now you must tell the good news, not as obligation or task, but as the result of hearts overflowing with joy. Can you accept that death is swallowed up in life that never, ever ends? You, my dear, dear friends, are witness to all this and more. How can you hold it in?”

Welton Gaddy, again, comments, “Sharing the gospel and caring for people are non-negotiables for persons who have found, or been found by, the Easter experience.” This is the work of the community of faith. Gaddy continues, “It is in faithfulness to the commission of Christ that we discover the real fullness of communion with Christ. To find the resurrected Lord, we must look among the homeless, the bereaved, the suffering, the abused, and the hungry – right where he told us he would be. Christ is found where the unlovable are loved and the grieving are comforted; where the bread and the cup are blessed and consumed” (Gaddy, op. cit.). How do we know this is true? We know it because it has been true for us – maybe not all the time and in exactly the same way, but enough so that we can remember what it was like when Christ came among us and uttered, “Peace be with you.” We can share good news we have known personally. Easter lives in us and Easter must be shared. We are a community of faith, with all our limitations and possibilities. So, let us live out that faith in the reality of the Christ now risen in us. Amen.