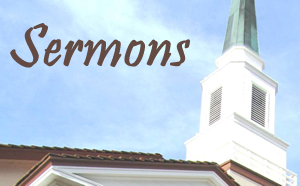 Sometimes I am tossed and driven, Lord,
Sometimes I don’t know where to roam
I’ve heard of a city called heaven
I’ve started to make it my home

The haunting words of the old spiritual address a reality, a world not so unlike the one in which John had his great apocalyptic vision.   Times were tough, living conditions brutal, people were not free, hope lay on a far horizon.  One of the way slaves kept their sanctity and their sanity was to sing of a better day, a better place, a better life to come.  John spends much of Revelation laying out the grim consequences for those individuals, nations, even empires that think they can operate with impunity outside the reign of God.  Life may be difficult for the fledgling church.  Those who embrace the Jesus movement may be ridiculed, shunned, persecuted, martyred but there’s a “better day a comin’”.  Those who think they are running the show are in for a big surprise.

However, these texts that the lectionary has given us for Eastertide do not focus primarily on the trials and tribulations, the plagues and destruction of John’s vision.  Rather they focus on the heavenly city, the amazing, dazzling home into which ultimately God will gather all God’s people.  It is important for us to remember that Revelation is a holy dream, a rapturous vision, full of allegory and hyperbole.  It’s not a road map to or an architect’s rendering of heaven.  John is trying to say that God’s way is more wonderful than the most elaborate place we can ever imagine.  Just suppose you were given free rein to design heaven and you were given Michelangelo and Frank Lloyd Wright, I. M. Pei and Antoni Gaudi to assist you.  Would you come up with anything more amazing than John’s vision of jeweled structures, pearl gates and golden streets?  And still, John is saying this is just his limited human vision of what life with God might be like.  The heavenly city is so much more.

A couple of centuries ago Mark Twain satirized the popular notion of heaven by writing, “In man’s [sic] heaven everybody sings! The [one] who did not sing on earth sings there; the [one] who could not sing on earth is able to do it there. This universal singing is not casual, not occasional, not relieved by intervals of quiet; it goes on, all day long, and every day, during a stretch of twelve hours. And everybody stays; whereas in the earth the place would be empty in two hours.

Meantime, every person is playing on a harp—those millions and millions!—whereas not more than twenty in the thousand of them could play an instrument in the earth, or ever wanted to. . . .

. . . Now then, in the earth these people cannot stand much church—an hour and a quarter is the limit, and they draw the line at once a week. That is to say, Sunday. One day in seven; and even then they do not look forward to it with longing. And so—consider what their heaven provides for them: ‘church’ that lasts forever, and Sabbath that has no end!” (Mark Twain, Letters from the Earth, quoted in Mitchell Reddish, Smyth and Helwys Bible Commentary, Revelation, p. 433).

Well, John’s vision is not nearly as discomforting and dull.  In his vision, an angel takes him to a high place, up on the mountain top, where he gets a sweeping view of the heavenly city, and it is indeed a grand vision.  It is so grand in fact that we will consider it this Sunday and next.  Today there are a few things I’d like to highlight.  First, the heavenly city is not up above the clouds or over there beyond the far horizon.  It is not so unreachably far away, someplace about which we can only dream, this side of the “sweet bye and bye.”  In John’s vision, the heavenly city is not looking down on us from afar.  It is “coming down out of heaven from God,” descending like some incredible UFO, coming close and touching our very earthly reality.

This is God’s new thing, a new reality in which heaven and earth meet and the reign of God is established forever.  This is not only the good news we have to look forward to, it is the good news we have to share.  The day is coming and is here in which God will dwell at the very center of creation and our existence will be praise and communion with the Creator.  Mitchell Reddish describes it like this:  “The entire Apocalypse [of John] has been moving toward this grand finale that depicts God’s ultimate plan for the world—a new creation in which evil and rebellion have no place. The eschatological woes, the punishments, the scenes of destruction, the Last Judgment—all are left in the shadows of this final spectacular scene of God’s glorious kingdom.  Using the imagery of the new Jerusalem, the new heaven, and the new earth, John depicts the people of God living in intimate communion with God and the Lamb” (Mitchell Reddish, Smyth and Helwys Bible Commentary, Revelation, p. 401).

This is the fulfillment of our creation, the thing that God longs for and lures us toward, living in mystic, sweet communion with the One who gave us our very being.  This is an image with which we wrestle, that God longs to live in relationship with us, with you and me.  It seems somehow unthinkable, implausible that God would want to draw us close.

A few other instructive images from John’s vision:  Surprisingly, there is no temple in the heavenly city, no cathedral, no church, no need.  For, as Jesus told the woman at the well, the day has come to worship God simply and openly in spirit and truth.  It becomes the very way of life.  In God we will truly live and move and have our being.  No need for a set aside place and time to worship, to come into the presence of the Holy, because that will be our very dwelling place.

And then there is no need of any other illumination than that very presence of God and the Christ – no sun or moon or stars or candles or led’s or spotlights or lasars.  We will bask in the glow of being face to face with God.  A prospect once thought deadly now becomes the way we see.  The light of God will be all that we will need to see and be seen.

Those beautiful pearl gates will never be locked because night will never fall and the need for security will be irrelevant.  All things evil, false, destructive, impure, unworthy will have been disposed of.  Imagine life free of worry, anxiety, fear, oppression, abuse, suffering, pain and death.

As we come to the end of Eastertide, Richard Rohr reminds us of the importance of embracing a vision of the possibilities offered in the Gospel and in John’s great revelation   He writes, “In the Risen Christ, God reveals the final state of all reality.”  He believes that “God forbids us to accept ‘as-it-is’ in favor of ‘what-God’s-love-can-make-it.’ To believe in Resurrection means to cross limits and transcend boundaries. Because of the promise of the Resurrection of Jesus we realistically can believe that tomorrow can be better than today.”  This is what the singers of the spirituals and the faithful few of the first church hung their hope on.  It’s what many, who are not as privileged as we, look for today.

Rohr continues, “We are not bound by any past. There is a future that is created by God, and much bigger than our own efforts.”  He says, “We should not just believe in some kind of survival or immortality or just ‘life after death’—but Resurrection, an utterly new creation, a transformation into Love that is promised as something that can happen in this world and is God’s final chapter for all of history” (Richard Rohr, “Resurrection as the Revelation of What Was Always True,” Daily Mediation, 5-4-2013, cac.org).  This is what John is offering us in his vision of the heavenly city.  Can you see it?  Can you feel it coming near?  Can you embrace it?  Can you enter the gates today and be at home?